Request Data from the AGSL

We want to make sure that the GeoData Services at the AGSL remain useful and relevant to you.  Please complete our survey and help us improve our services.  This survey is being performed strictly for improvement of our services to you.  The information is not being used in any research at UWM or elsewhere.  You remain anonymous unless you opt-in at the end of the survey by providing your e-mail.  The survey uses the UWM Qualtrics survey instrument.

While GIS data commonly involves features such as points, lines, and polygons (known collectively as the vector data model), satellite imagery, aerial photography, and other datasets such as elevation and land cover is represented in GIS through the raster data model.

Finding raster data is much like finding vector data, but there are some unique aspects that you will need to keep in mind:

It's also important to remember that this model of storing data can occupy much more space on your hard drives or cloud storage.  Since a single image can contain hundreds-of-thousands or even millions of pixels, it is not uncommon to work with high resolution raster datasets exceeding the storage capability of your laptop or workstation.  Data management is critical. 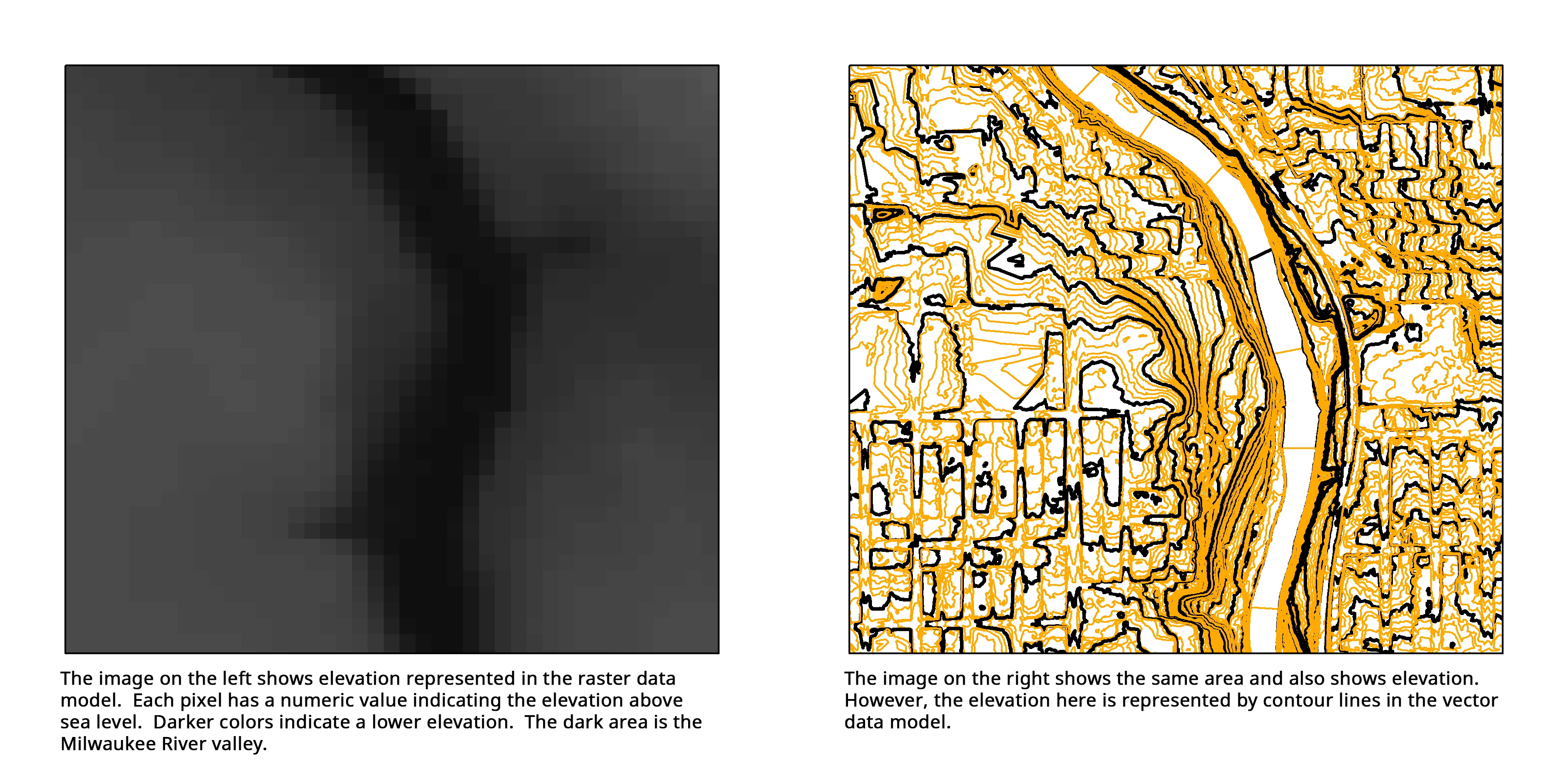 Spatial resolution
The size of a pixel that is recorded in a raster image – typically pixels may correspond to square areas ranging in side length from 1 to 1,000 metres (3.3 to 3,280.8 ft).

Radiometric resolution
The number of different intensities of radiation the sensor is able to distinguish. Typically, this ranges from 8 to 14 bits, corresponding to 256 levels of the gray scale and up to 16,384 intensities or "shades" of colour, in each band. It also depends on the instrument noise.

Temporal resolution
The frequency of flyovers by the satellite or plane, and is only relevant in time-series studies or those requiring an averaged or mosaic image as in deforesting monitoring. This was first used by the intelligence community where repeated coverage revealed changes in infrastructure, the deployment of units or the modification/introduction of equipment. Cloud cover over a given area or object makes it necessary to repeat the collection of said location.

What it is: LiDAR (Light Detection And Ranging) is an exciting and rich data source for analyzing surface features. This data is created with laser light which creates dense samples and highly detailed surface elevation values. The data collection process can return multiple layers for a single point, representing, for example, a tree top and the bare earth below. Applications of this type of data include measuring heights between points, developing flood plain models, generating DEMs and DSMs, estimating forest density and height, and many more.

Data format: LiDAR point cloud data can be represented as a series of rasters or TINs, a LAS dataset, a mosaic dataset, or a terrain dataset. For an introduction to using LiDAR data in ArcGIS, see ESRI's Fundamentals about LiDAR page.

Things to consider: LiDAR data files are often exceptionally large. Before attempting to access this type of data, you should consider the resources needed to work with it, both in terms of available memory and system processing speed. Often when a GIS project involves terrain analysis, a DEM (Digital Elevation Model) or similar type of file (which are comonly derived from LiDAR data) may be sufficient and put a great deal less strain on your resources. 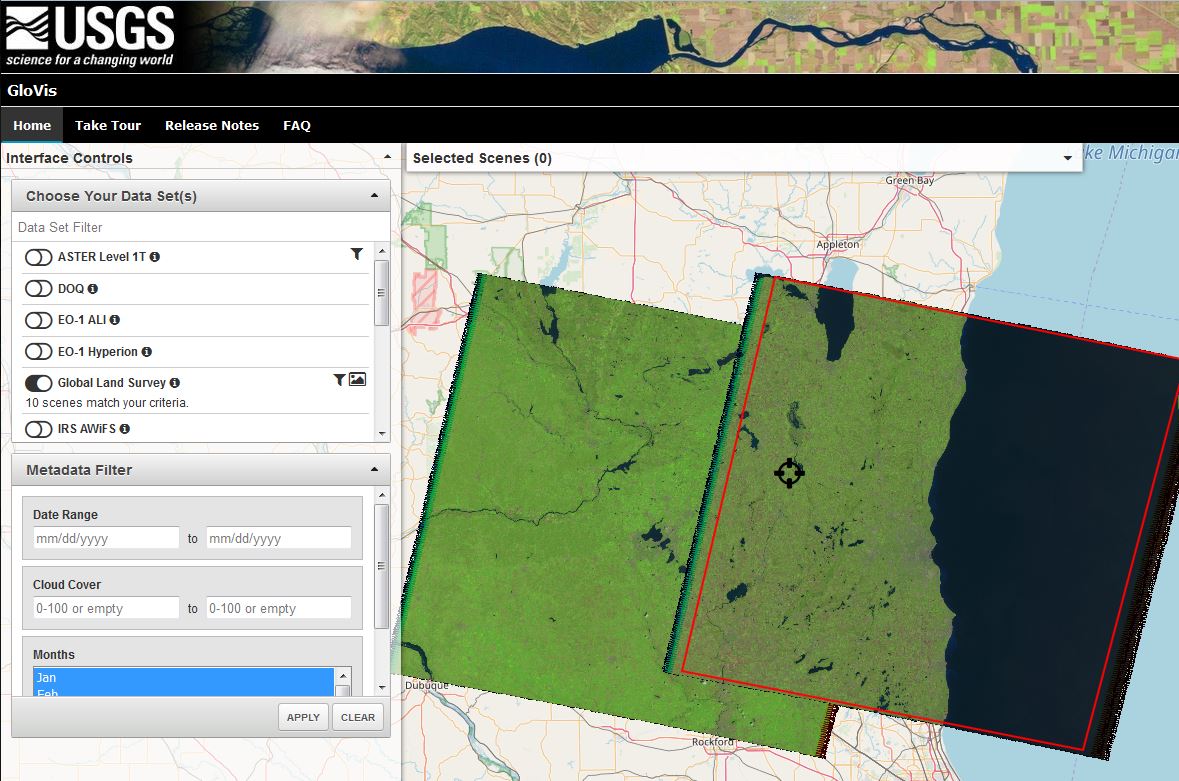 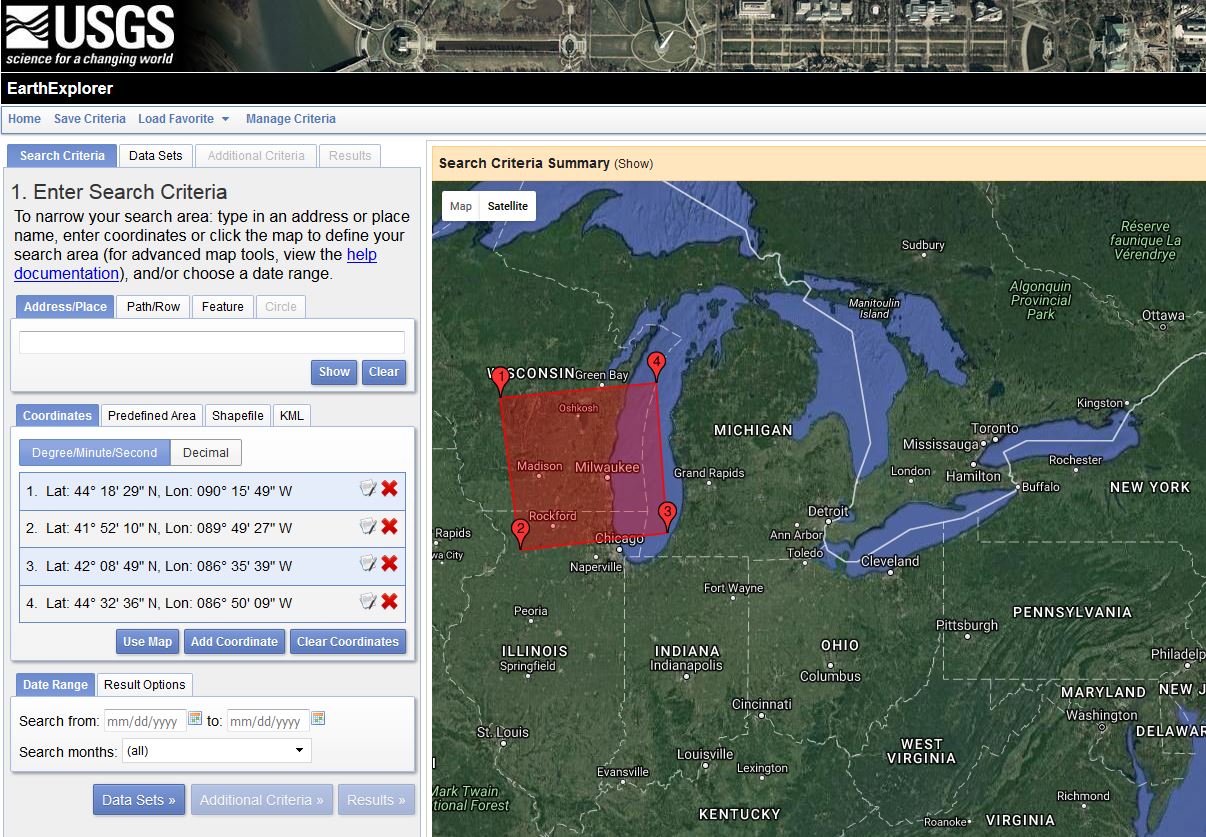 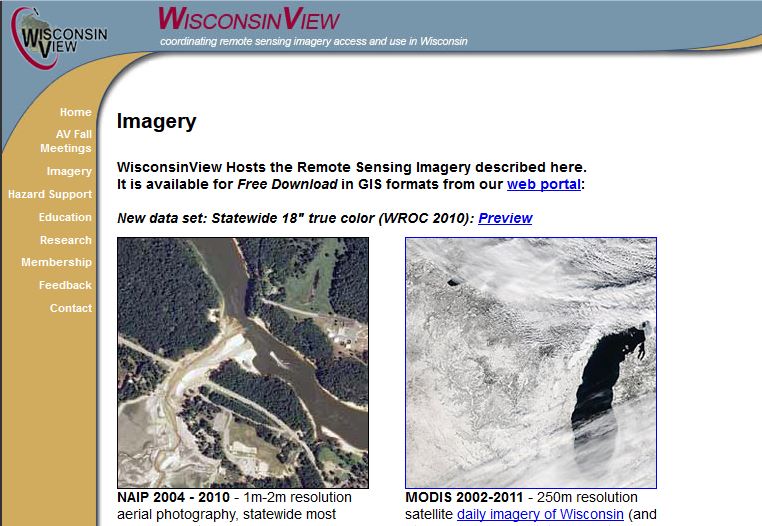 The Contents of Finding and Using GIS Data may be reused with attribution for Non-Commercial purposes.

Finding and Using GIS Data by Board of Regents of the University of Wisconsin System is licensed under a Creative Commons Attribution-NonCommercial 3.0 Unported License.